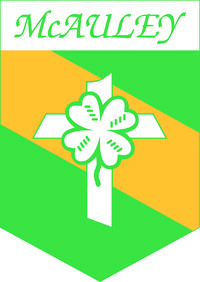 McAuley House was named after Catherine McAuley, the founder of the Sisters of Mercy.

Catherine was born at Stormanstown House  near Dublin on 29 September 1778. Her parents died before Catherine reached adulthood and while living with relatives she experienced wealth, bankruptcy and poverty as well as a strongly anti-Catholic atmosphere. At age 25 Catherine was invited to live with a retired couple at Coolock, an estate not too far from Dublin.

She was a loving companion to them until their deaths. These people left their entire fortune to her.

It was with this inheritance which made it possible for Catherine to build the House of Mercy which stands on the corner of Lower Baggot and Herbert Streets in Dublin-the founding House of the Sisters of Mercy. This residence became both a school for children and a shelter for girls in need. In September 1830 with two other friends Catherine began the formal training necessary to establish a new Order of women religious. The Order of the Sisters of Mercy was born with these three Sisters made their Profession of Vows on 12 December 1831. Her ten short years in religious life were but the seeding time. It was only after her death that the full fruitfulness of her life began to show itself. At the time of her death there were a little more than 100 Sisters of Mercy, fifteen years later there were 3,000 and one hundred years later there were 23,000.

Catherine McAuley had long wished to do something to help poor women and set about founding a religious order,  The Order has grown to be one of the largest women’s orders in the church.